The ride follows this route:

My 2016 mileage is way down from recent years, partly because I had a rough winter/spring with rheumatoid arthritis.  But I’ve done this event enough times to know what it takes.  When I registered I was confident that I was fit enough to conquer it.  And it turned out that I was.

Here’s the start/finish line (Tellico Plains visitor’s center).  The cyclists pictured are waiting to start the metric century ride.  I got a late start, departing about ten minutes after the main group of full century riders left. 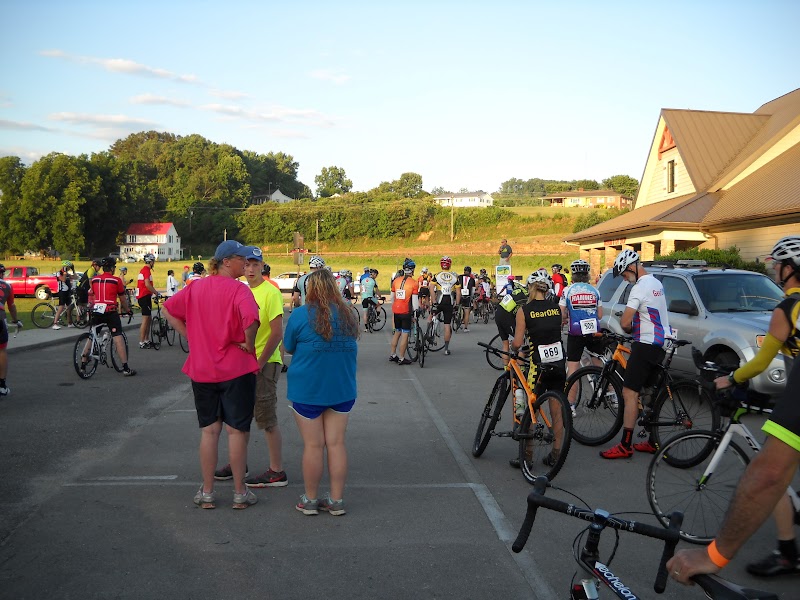 As a result, I didn’t see very many other cyclists the first 42 miles. 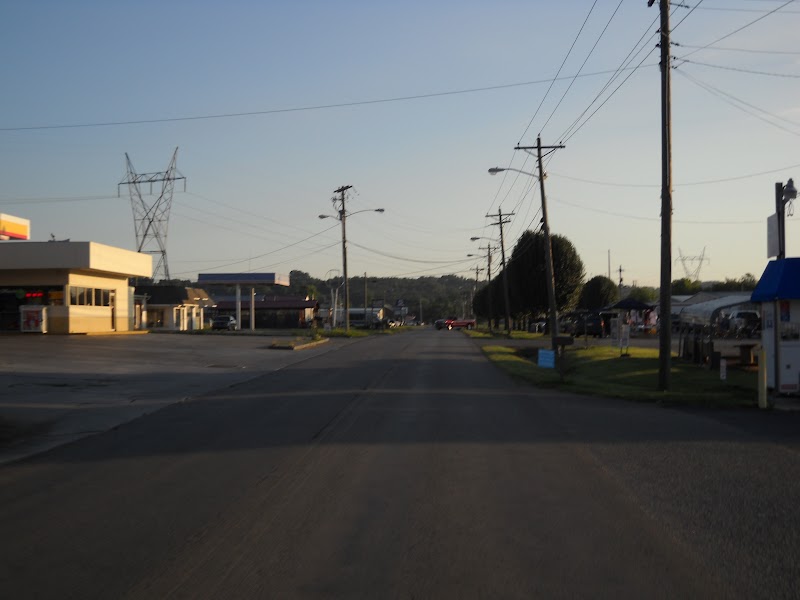 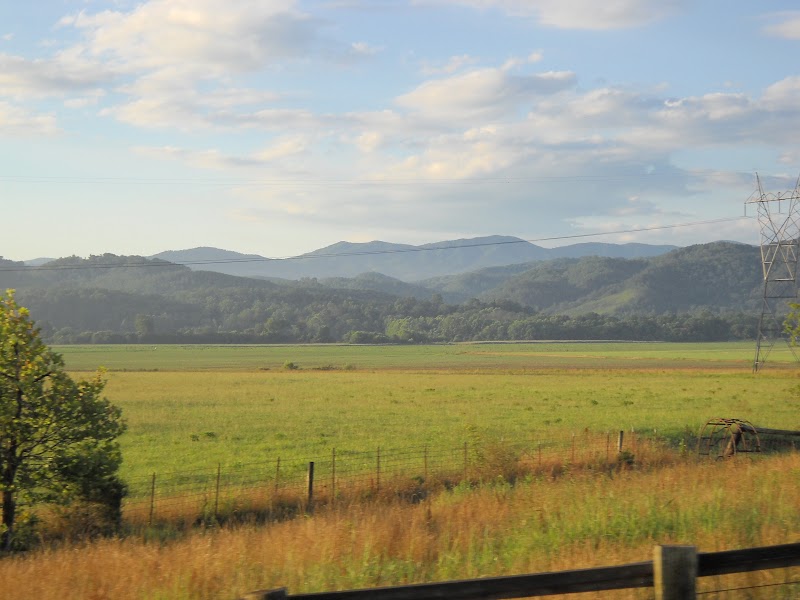 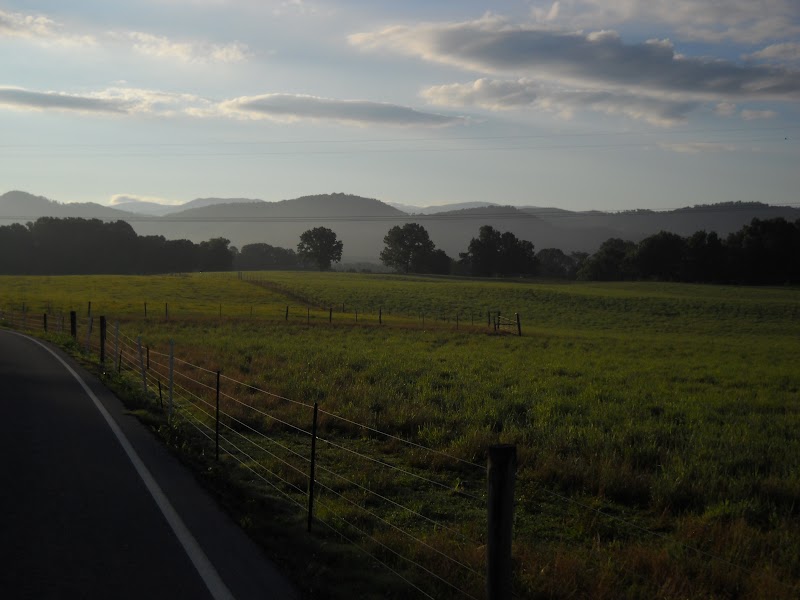 About ten miles into the day, not far from this photo, I came across a group of cyclists huddled on the road.  Unfortunately a female rider had wrecked, in an incident that may or may not have involved a dog (I heard conflicting reports afterwards).  She was taken to the hospital, but I don’t think her injuries were extremely serious.

Frankly, I’m surprised I haven’t seen more crashes over the years.  The Challenge’s curvy roads and fast descents aren’t suited for inexperienced or distracted cyclists.  A brief lapse in attentiveness can result in disaster. 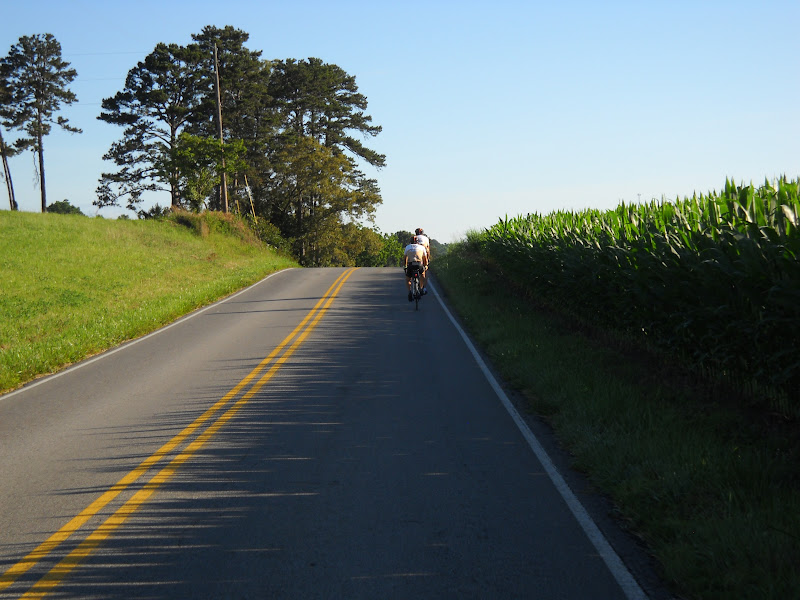 The first 20 miles are mostly country residential with a small dose of farmland.  I went several miles without seeing a vehicle on the road. 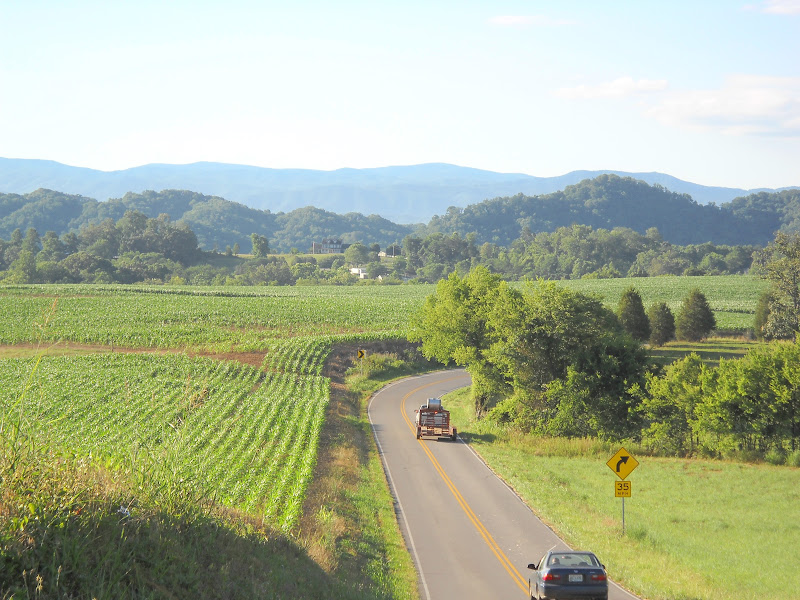 The route’s brief flirtation with civilization at Madisonville.  Pictured ahead, if I recall correctly, is the only traffic light in 113 miles.  I got a red light. 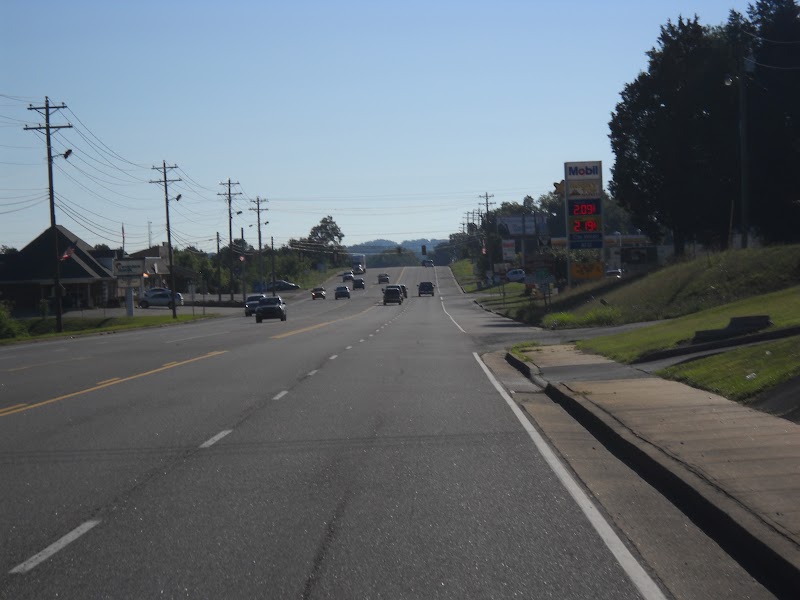 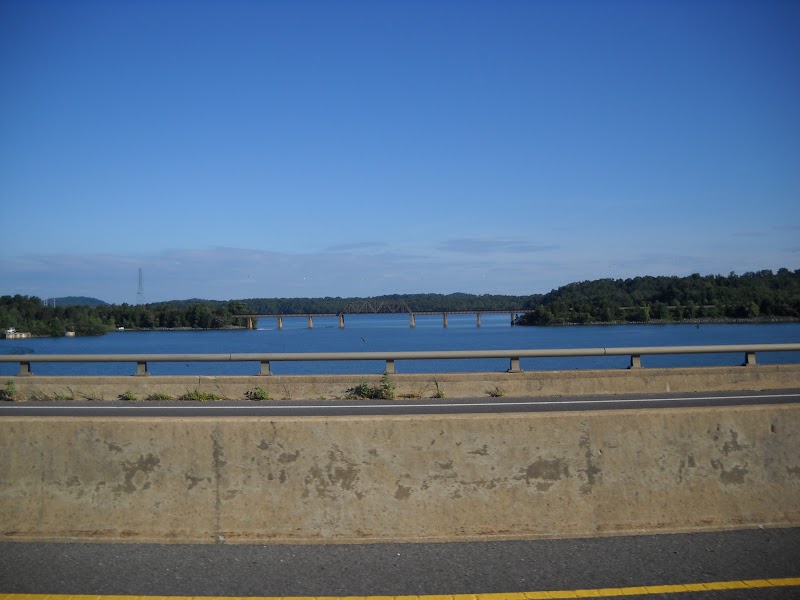 Heading southeast toward the mountains. 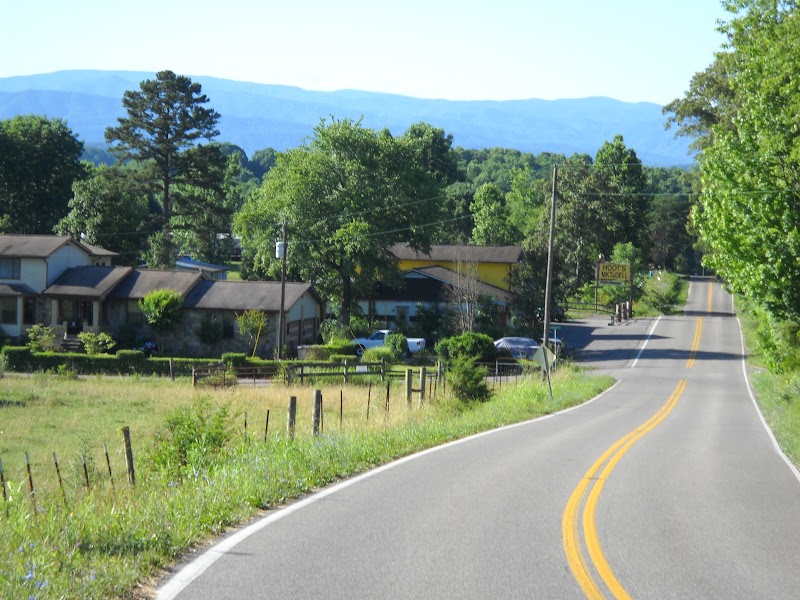 If it looks like a beautiful day, that’s because it was.  You couldn’t have ordered more ideal weather: sunny (most of the day), a high of about 90F in the valley, not much wind.  Perfect. 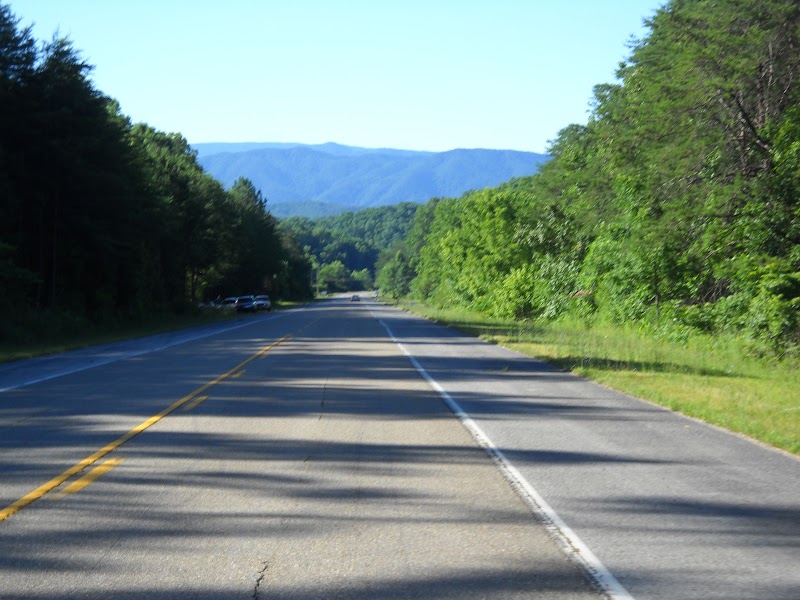 When I got to Chilhowee Lake, my camera indicated the batteries were almost dead, so I severely rationed picture taking thereafter.  Thus I missed a number of good shots.  For example, I didn’t get photos of any of the”underwater” things that have been exposed by the lake drawdown.

I was feeling pretty good at mile 42 when I reached the Tail of the Dragon, with its famed 318 curves in 11 miles.  I finally started seeing/passing more cyclists.  It now felt more like a bicycle event rather than me riding solo. 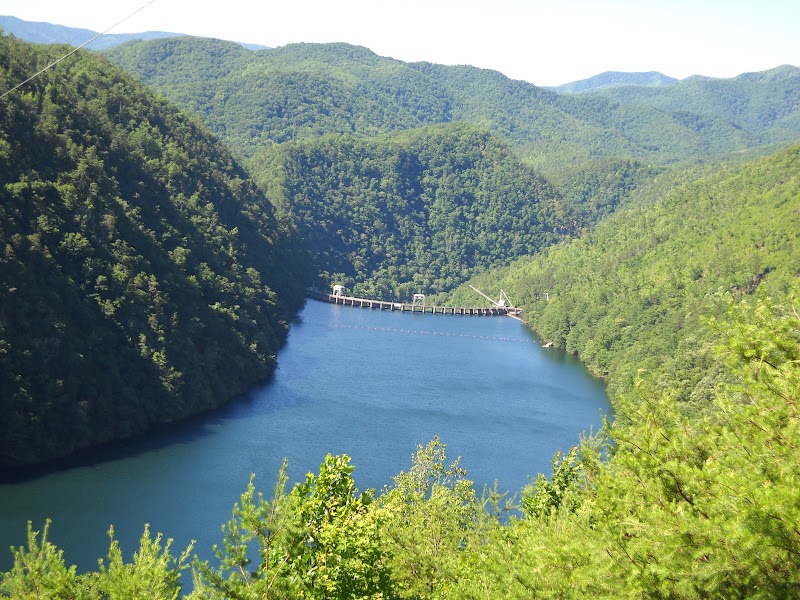 There are several photographers who sit along the Dragon and shoot passersby.  Here are some of their captures of me: 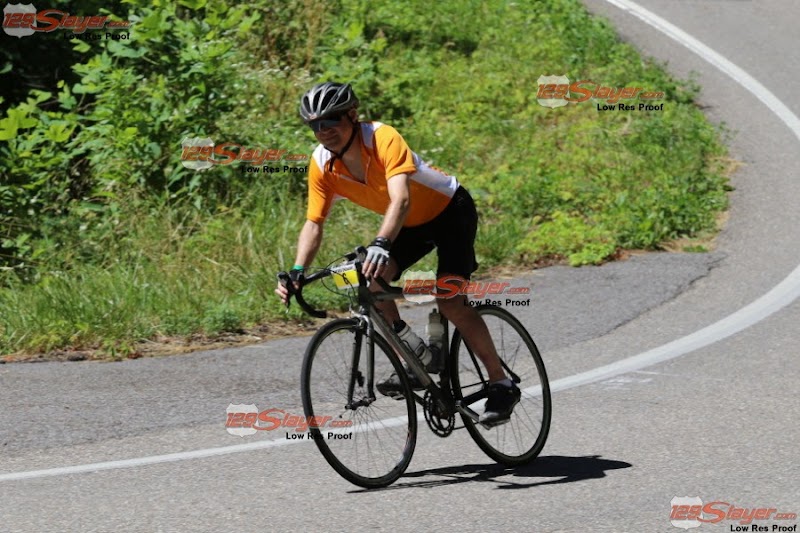 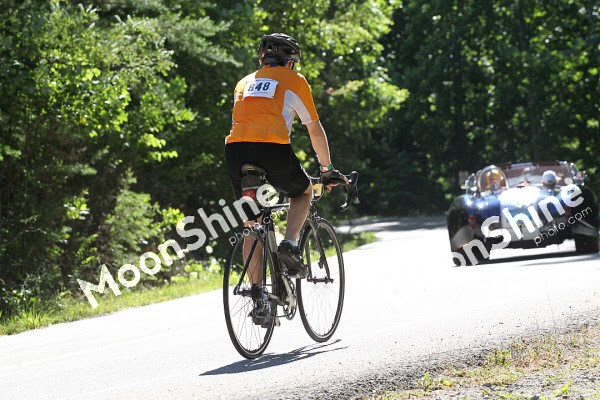 Do you think I caught these motorcyclists? 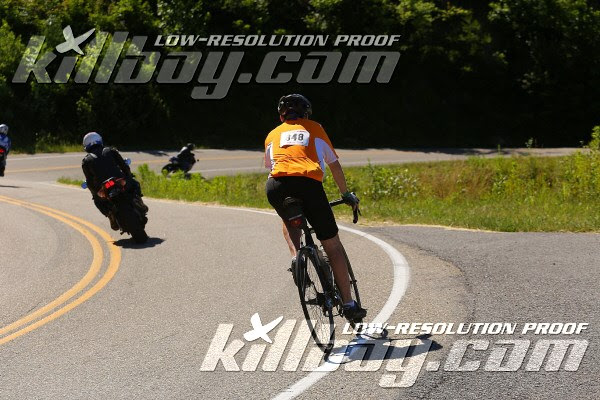 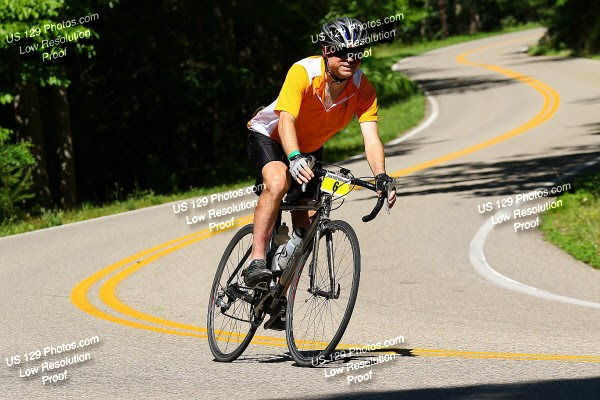 My only complaint about this year’s Challenge regards rest stop #2, at the end of the Tail of the Dragon.  Usually they have a large array of food here–in fact, the last couple years volunteers served hot food.  But this year the station was dramatically downsized.  There were packaged snacks to meet my energy needs, but I was bummed because that stop is usually where I eat my “lunch.”

After entering North Carolina and passing Cheoah Dam, the road shadows the Cheoah River for about seven miles.  I used to view this section as just a stretch to get through on the way to something more exciting.  But in the last few years I’ve come to enjoy it more and more.  It’s so quiet in the river gorge.  There’s very little traffic, and the nearby ridges seclude you from the outside world.  This gradual climb is ideal for contemplation/reflection. 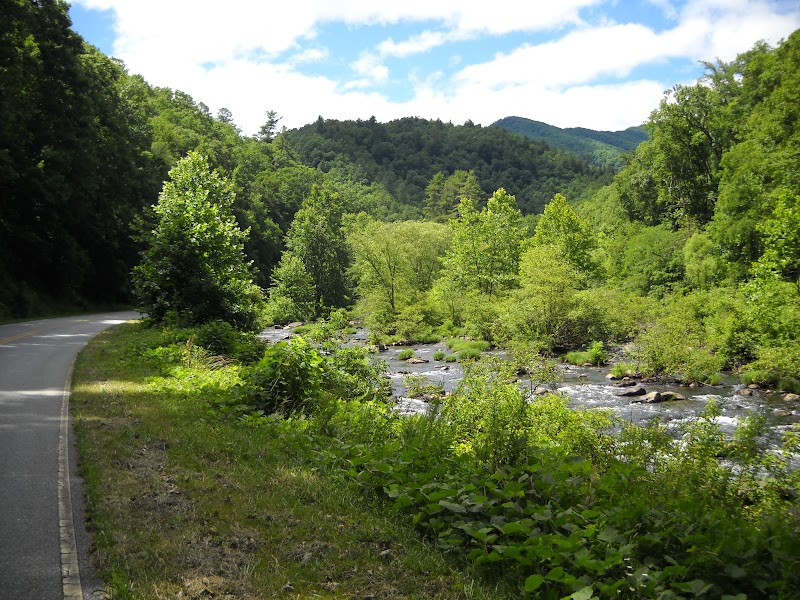 The last 43 miles of the ride are on the Cherohala Skyway.  Here’s what the climb looks like near the start of the 12-mile uphill slog.  It takes almost two hours of 6-8 m.p.h. grinding. 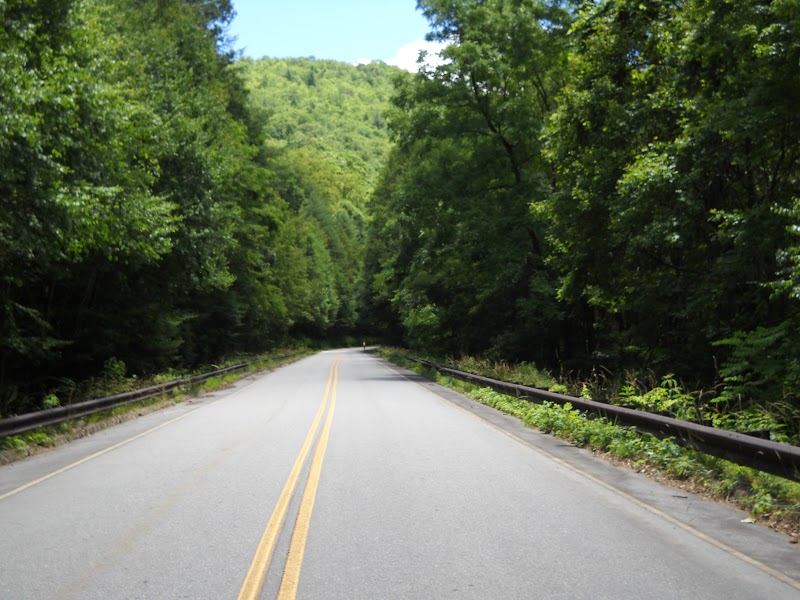 This is a high-effort, high-reward ascent.  There’s a particularly tough stretch (8-9%) leading up to rest stop #4 at mile 75, and this year did not disappoint.  Once again I was sweating so profusely that I could barely see when I pulled off the road to refuel and regroup. 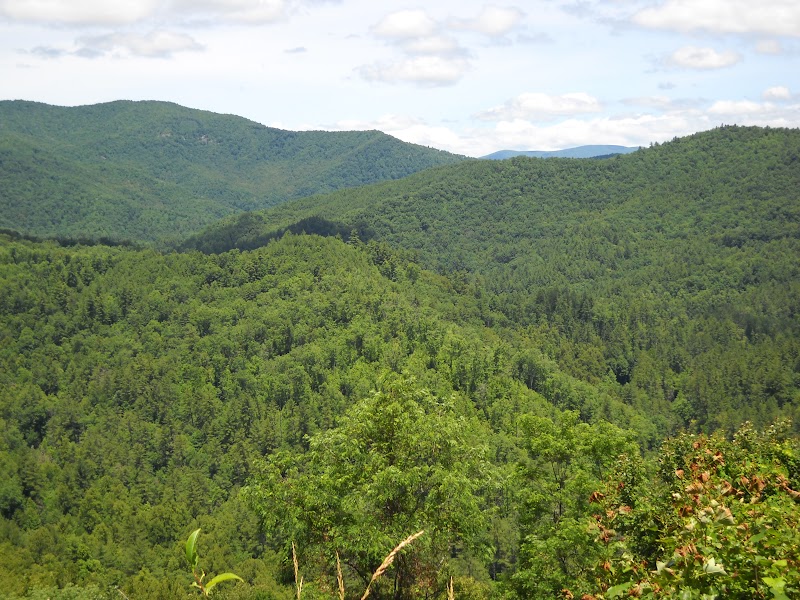 I love this experience so much.  Many times throughout the day I looked about and thought, “I wish I could capture this moment and save it forever.”  Sadly, I could not. Mile 82, the high point of the ride.  It doesn’t take much wind at this elevation to make me chilly.  But on this afternoon it was nice. 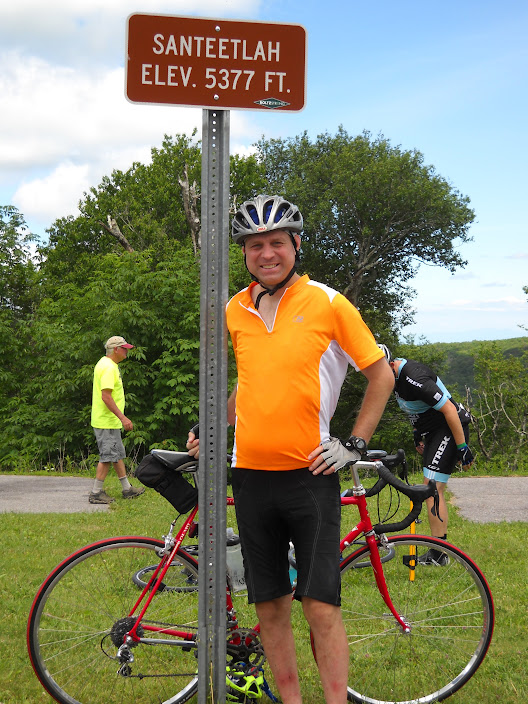 The last 30 miles are mostly downhill, but not completely.  There are two steep, mile-plus climbs for added suffering.  They’re elevated cramp-risk zones. 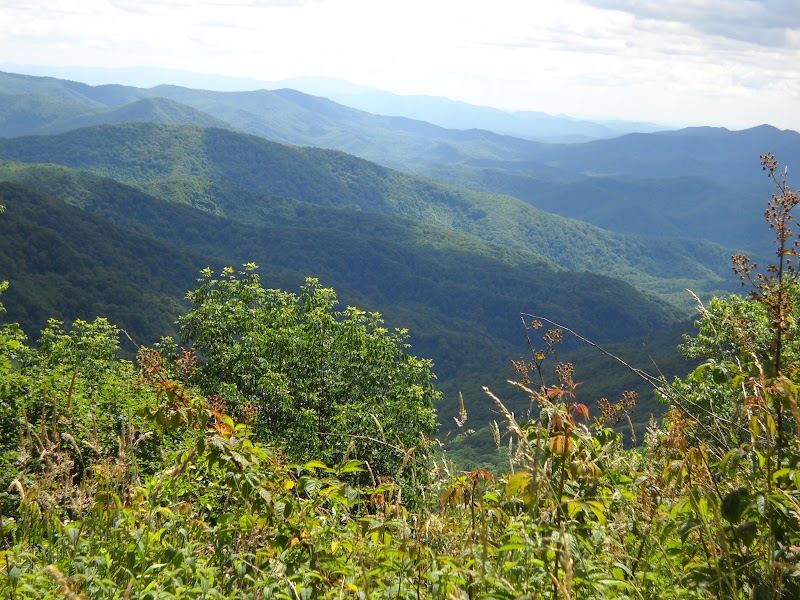 It clouded over when I got back into Tennessee. 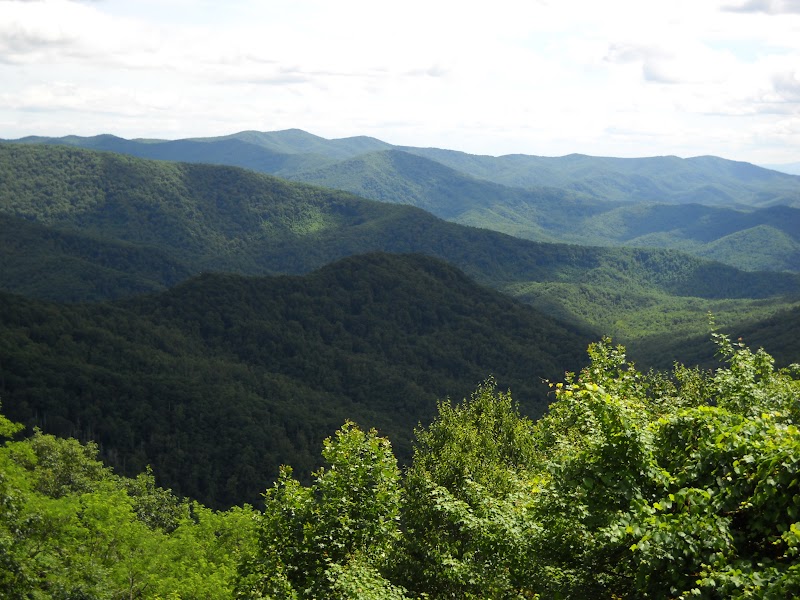 To my dismay, my computer blanked out near the end of the 113-mile trek, so I didn’t get my riding time.  I finished at about 4:45 p.m.  Here I sport my finisher medal at the end of the day: 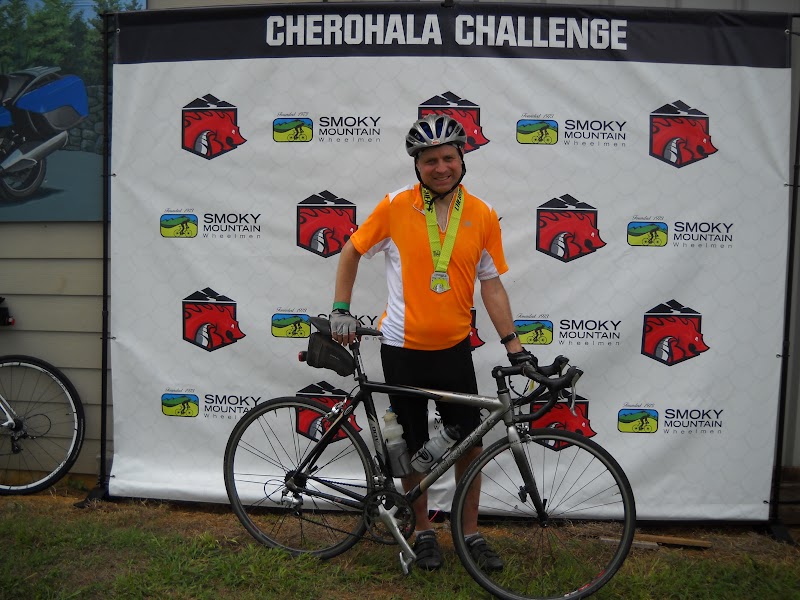 I’m glad I got to do this year’s Cherohala Challenge.  It’s epic.  And, with my joint issues, I no longer take being able to do this kind of physical event for granted.  I hope to cross the finish line again next June.